I occasionally send out emails about upcoming exhibitions. If you would like to receive these, please join my mailing list by sending an email via the Contact Form with the subject LIST. Should you wish to unsubscribe, please use the subject UNSUBSCRIBE.

I am doing a charity exhibition during this year's Bristol Festival of Photography in aid of Oxfam who are selling small mounted prints of some of my images with all proceeds going to them.
"Oxfam benefit exhibition of beautiful images by fine-art, internationally-exhibited, Bristol-based photographer Michael Reeves. Using a variety of film cameras, his work includes dreamlike Holga images of overlooked scenes and abandoned objects. Mounted prints £10 each, 100% to Oxfam. Larger, limited edition archival prints available for sale from the photographer's website." 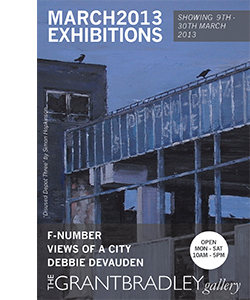 I am delighted to have been invited by the Grant Bradley Gallery to show my work in a group exhibition in March. I will be showing work from my latest series 'Displaced Cities', images created through multiple exposures with the Holga.

"F-Number is the Grant Bradley Gallery’s first hand-picked photography exhibition. Following on from recent successful open submission exhibitions where photography played a strong central role, F-Number seeks to showcase top regional photographers engaged in the most creative applications of the medium. The medium of photography allows a broad range of subject matter, capturing instant candid moments or detailed, intricately arranged compositions. F-Number aims to show the entire spectrum of the medium with no preference given to particular disciplines to result in a widely varied exhibition that shows photography at its most creative, personal and exploratory."

The gallery's latest online magazine has a preview of the exhibition http://issuu.com/grantbradleygallery/docs/gbgmagazine.mar13.final


Talks during the Bristol Festival of Photography in May

I am organising talks during the Bristol Festival of Photography in May - three special editions of TalkPhoto.
Great to have Simon Norfolk (17th May) and Jim Naughten (9th May) speaking about their work, and a showcase event of short talks and slideshows by photographers with unconventional techniques and cameras on May 24th. I will be one of the speakers talking about my latest multiple and long exposure work on the Holga.

Four images from my series 'Stills from an Imagined Dream' have been shortlisted for the RGB Awards and will be in the Finalists Exhibition at the Grant Bradley Gallery in Bristol, 4th-31st May 2012

Upcoming Exhibitions during the Bristol Festival of Photography 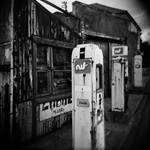 This exhibition brings together work from several series. For 'Fragments', Michael searches out neglected or abandoned objects and uses a plastic lo-fi Holga camera to bring out the beauty of these found still lifes. In other work, inspired by childhood memories, he revisits places such as fairgrounds and the seaside. 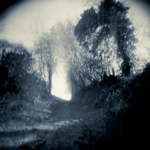 Michael is showing his latest body of work.
He transforms the everyday into scenes from an imagined dream with hand-held long exposures and multiple exposures taken on the Holga. Heavily influenced by dream sequences in films, Michael searches out locations and situations that enable him to create altered versions of reality, involving eerie lights, dissolving buildings and other dream symbolism.

f/16 is an exhibition by sixteen members of Second Look, a volunteer-run association dedicated to promoting creative photography in Bristol. This exhibition, part of the Bristol Festival of Photography (BFOP), showcases the work of some of the group’s diverse membership covering a broad range of practitioners in the photographic medium.

Talk on Holga photography in Bristol on 10th November

In my talk 'Toy Story?', I will discuss my fine art work using a Holga camera, and will also be discussing the background to the 'toy camera' phenomenon as well as giving advice on how to avoid the pitfalls of using a Holga camera. The other featured speaker that evening will be lighting wizard Alexander Beckett.

Two of my Holga photographs are showing in the gallery's Spooky Show III from today. 'Cross of Light' and 'Kiss of Death' were selected for this exhibition that focuses "on photographs that are haunting and mysterious in nature, evoking a sense of unease while maintaining an element of beauty."

My series 'Fragments' has been awarded a ‘Commended’ in The 2011 London Photographic Association's Still Life Awards.

A selection of my work is now being exhibited at the Guildhall Chambers, Bristol's leading barristers’ chambers, until the beginning of September.
My work was chosen by the Guildhall Chambers art committee for their recently established Fourth Plinth Project which showcases the work of local artists.

My group show at the Showroom in Bristol opens on 11th May, with a preview on Tuesday 10th May, 6-8pm.

I am featured in Vignette, the UK's new free photography magazine - my photograph 'Tram and Pepsi-Cola' is part of an article on the Royal West of England Academy's Open Photography 2 exhibition.

My photographs 'Three Baths' and 'Abandoned Van' from the series 'Fragments' have been accepted for an exhibition in the US.

Plastic + Film: An Exhibition of Toy Camera Photography, at The Nave Gallery, Somerville, MA, from 30 April to 21 May 2011

Two of my photographs have been selected for the Royal West of England Academy's Open Photography Exhibition in Bristol:

The Royal West of England Academy (RWA) is one of only five Royal Academies of Art in the UK. It is a registered charity which has been self-supporting for over 150 years and possesses an outstanding Grade II* listed building, galleries and permanent fine art collection. The RWA has HM Queen Elizabeth II as its patron. 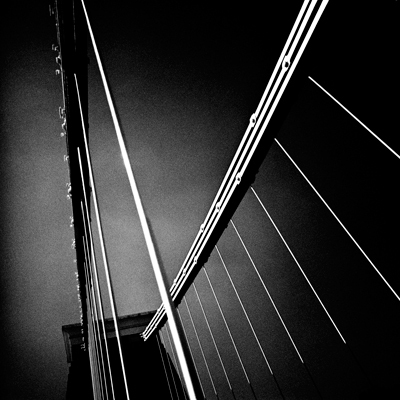 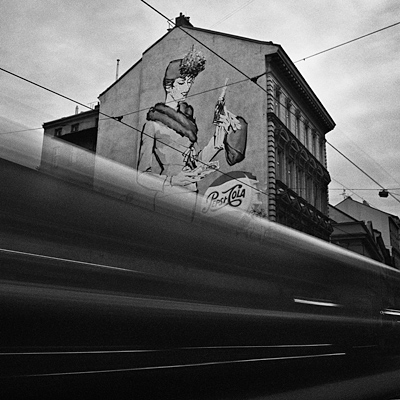 An exhibition of photographs taken with unconventional cameras.
The plastic-lensed Holga, with its unique optical characteristics, creates atmospheric photographs with vignetted corners and soft focus edges. Pinhole cameras dispense with the lens altogether and produce images with their own unique aesthetic.

Summers Past is a series of photographs inspired by memories of childhood holidays, while in Fragments, Michael searches out overlooked scenes and neglected or abandoned objects, emphasising their beauty and mystery.
In The Pinhole Observatory, he uses a variety of cameras to record an alternative depiction of the familiar. 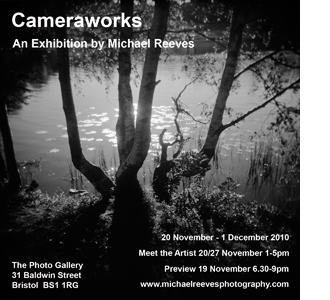 PHOTOS FROM THE PREVIEW

PHOTOS OF THE EXHIBITION

"Toy cameras are special with the wondrous and dreamlike images they create, photographic subjects take on a unique special quality that is rarely found from any other capture device. We at LightBox have a special love of these cameras and images and [...] wish to feature photographers that share our love of these special cameras" 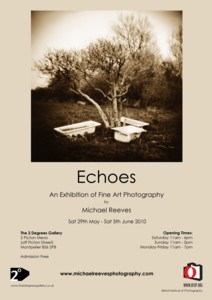 This solo exhibition includes photographs from several series of Michael's work.
Many of his images are produced while searching out places that resonate with feelings of memory and the passage of time, in Britain and across Europe. Among these are photographs from his coastal series and recent images of Prague and Germany.
In other work, he fashions dreamlike images out of everyday and overlooked scenes, utilising the transforming qualities of the Holga camera.

Showing as part of the Bristol Festival of Photography