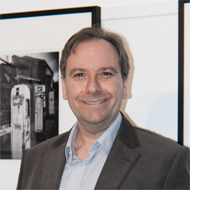 Michael is based in Bristol, UK, and holds a BA in Photography from Hereford College of Arts. His work has been exhibited both in the UK and the US.
He was born in Hertfordshire, and spent many years in Edinburgh where he worked as a freelance commercial, portrait, and fine art photographer.

Finalist: RGB Awards 2012 with four images from the series 'Stills from an Imagined Dream'

Commended: Series category of the 2011 Still Life Awards of the London Photographic Association with photographs from the series 'Fragments'

Winner: Still Life category of the 2006 ICI Olmec Student Digital Photographer of the Year Awards with the photograph 'AWACS Detail'

'Getting the most out of an unconventional camera - fine art photography and the Holga', talk at Sodbury and Yate Photographic Club, 2013

Presentation of Holga work and techniques at Photography: The Outer Limits, Bristol Festival of Photography 2012

'Toy Story?' talk - the history of 'toy' cameras and the techniques used in my Holga work, TalkPhoto, 2011

Co-ordinator for TalkPhoto, monthly photography events in Bristol and during the 2012 Bristol Festival of Photography, organised by Second Look

Featured photographer in 'Film Photography in the Digital Age', talk by Martin Edwards at the Royal West of England Academy, Bristol, UK, 2011